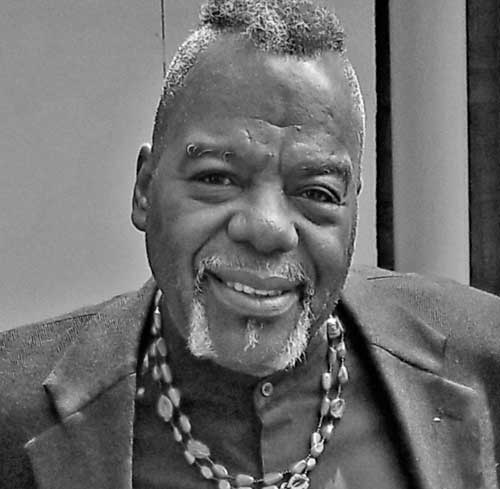 Billee Purvis is the creator of Contemporary-Traditional Martial Arts™. He is the founder of and Chief Instructor at LIFEFORCE Karate & Self-Defense. He has been studying various forms of martial sport and martial arts since 1974. His studies include: Korean Martial Arts, Japanese/Okinawan Martial Arts, American-Traditional Karate, African Fighting Arts, Boxing, and Kickboxing.

“I am a Bruce Lee guy. My favorite sport/physical activity was football, but then I noticed Kato in ‘The Green Hornet’ TV series. When ‘Enter the Dragon’ hit movie theaters that was it! I knew I was an ‘as-yet-untrained martial artist.’”

“After training for nearly nine years, I committed my life to the Lord. I was concerned that the ‘martial way’ and the ‘Lord’s way’ were incongruent. After research, thought and prayer, I came to a resolution. I found that warriors throughout the ages looked to their faith for inner strength not just to fight, but to live.” My ‘fighting verse:’

“Be strong and of a good courage, fear not nor be afraid…for the Lord your God, He it is that goes with you; He will not fail you, nor forsake you.” – Deuteronomy 31:6

Billee has been blessed to win many competitions over the years, but it wasn’t because of natural talent. One of his favorite quotes is: “Hard work beats talent, when talent doesn’t work hard.” – Tim Notke

He has also been blessed to have some amazing students! Most importantly, he has been blessed to be able to share both his art and his faith, with his students and others, over many years. He has come to realize that his Christian walk, and his study of the martial arts, have many parallels; one of which, is that the more he learns, the more he realizes how much more there is to learn.