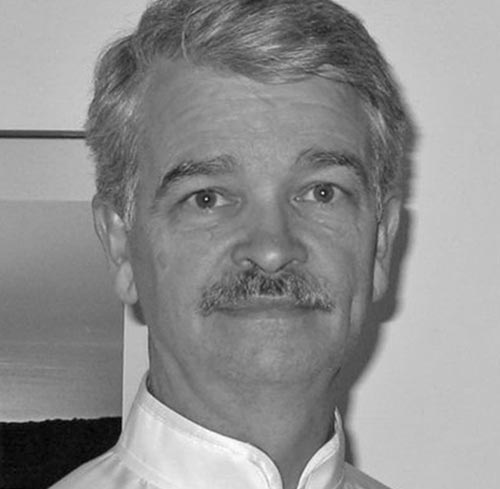 Joe Martin began his martial arts and healing work in the early ‘60s and has studied many martial arts, bodywork
techniques and natural healing methods over 50 years. Joe Martin began teaching Martial arts in 1965 as an assistant
instructor with Sensei Bob Alexander and has taught classes and seminars continually to date. He opened the Silver
Dragon Kung fu Academy on E. 7th Street in Charlotte. North Carolina in 1973 with Sifu Buddy Springs. The famous Silver
Dragon Kungfu Academy in Charlotte, NC was a magnet for those seeking "Kungfu" as a path to martial arts for a higher purpose. Grandmaster Joe Martin has been a powerful influence to countless individuals who were searching for
martial arts as not only a means of self defense, but also as a way of life. He and his teacher, Sensei Bob Alexander,
opened the door to teaching self defense in College when they taught Students at Central Piedmont Community College.
These classes started in 1965 and lasted continually for more than 40 years.

Many of the extraordinary secrets were handed down to one of Grandmaster Martin’s teacher, Mantak Chia by a Taoist
monk (Master Yi Eng). And it was Master Cheng Yao-Lun who taught Grand Master Chia the Shaolin Method of Internal
Power that was regarded as a national treasure of China. Grand master Martin has taught thousands of students, mostly
in the shadows and in quite places in the Carolinas. He spent 9 years teaching up to 12 weeks per year in Europe. GM
Martin still teaches clinics, seminars and private students. Two major trips to China were instrumental in his
understanding and

As the developer of "PowerPlus Martial Art Secrets", Grandmaster has opened the doors to bringing back many of the
secrets of the ancient masters that were not taught to non-Asians. His understand and ability to transfer these ancient
secrets to martial artists of all levels is unparallel in the martial arts community. Many of the secrets not passed down by
the ancient masters were thought to take years to master. Grandmaster Joe Martin is able to demonstrate and teach
many of these secrets where every student is able to master most in just minutes. The power demonstrated by his
"zero-inch punch" is renowned and unprecedented.

He created a modern Tai Chi method Tai Chi for the Living Room; designed to provide the student with all the health-
giving benefits people expect to receive when studying other forms of Tai Chi, but in 1/10 the time or less. Tai chi for the
Living Room requires only one squire meter of space and teaches the Chinese healing principles of the Five Elements, Ba
Gua, Yin and Yang, plus the emotional balancing properties of the 10 major organs. Students from the age of seven to
eighty-two have enjoyed the healing benefits of Tai Chi for the Living Room.

Grandmaster Joe Martin, as a Chinese Kung Fu and Tai Chi master, has been sought after for five decades for his skills
and knowledge in the "soft style" martial arts. As a demonstration of his ability to use non invasive tactics, he fought a
Six-foot black bear at Charlotte's Park Center.

"I love learning new and exciting methods of using the body and mind as a tool for healing and/or controlling aggression.
Principles are more important to me than techniques – learn a technique, one has a technique; learn a principle and one
can create countless techniques."