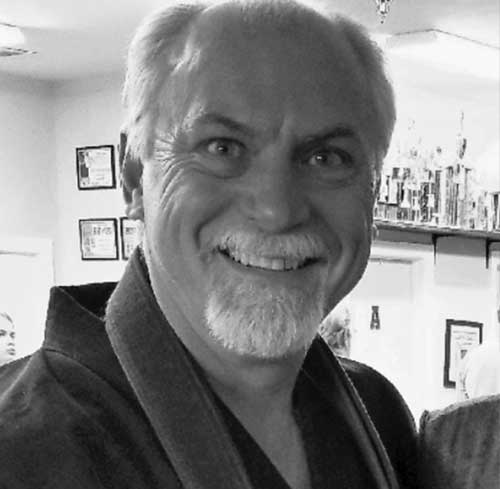 Brian Lee is a 5th degree blackbelt in Tae Kwon Do. Born in West Columbia, SC, he began training at the age of 15 in January, 1982. Seeing Bill “Superfoot” Wallace on the cover of Karate Illustrated magazine and reading the accompanying article was a life-changing event that caused him to pursue a studio. He couldn’t get what he read and saw out of his mind. He trained 4 days a week under Carl Nelepovitz, receiving his black belt in 1986. After receiving his black belt, he continued training and later received his 2nd degree at Young Brothers TKD under the instruction of Master Mitch Bradley. To improve his fighting skills, Brian began training with world fighting champion Marty Knight and later received his 3rd degree. His 4th and 5th degree were earned under his original instructor, Carl Nelepovitz. Karate has always been his passion and sometimes his obsession.

Brian has won nine South Carolina state titles, two Southeastern championship titles, and the 2000 World Cup fighting World title. He placed 2nd in the NBL World Championships in breaking, won the Hawaii Aloha Nationals title twice in both forms and fighting, and has trained many others who have gone on to win several state and regional titles.

Brian has also been a pastor for many years. He started United Christian Martial Arts in January, 1994 as a way of teaching martial arts in a Christian environment. To many sceptics karate promoted violence while the Bible taught you to live humbly. To Brian, karate and Christianity always went hand in hand. They are both ways of life that involve discipline, integrity, commitment, focus, and humility. His response to sceptics was to quote Romans 12 that says, “If it is possible live peaceably with all men” followed by the words of King David in Psalm 144 which says “It’s God that teaches my hands to war and my fingers to fight”. There were articles written in the State newspaper about the “Karate Pastor” who challenged many to become better than they were and strive to become what they never knew was possible. Brian jokingly said he could make people repent.

The ability to mentor young people as well as adults has been the highlight of his career as both a pastor and martial artist. By teaching life principals from the word of God, and challenging students to reach their potential as both people and martial artists, Brian has trained and promoted many quality and competitive blackbelts as well as many other students who learned not only how to kick and punch but how to be a better person. Many of his students have gone on to have great careers and as well as careers in ministry themselves serving as senior pastors, youth pastors, worship leaders, full time missionaries and many other areas of ministry.