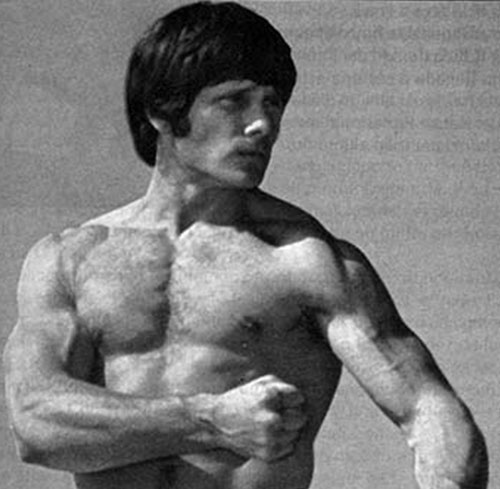 “Joe Lewis was twice voted as the Greatest Fighter in the History of Karate. He is one of the few true superstars of the martial arts and is widely acclaimed as one of the most influential martial artists of all time.”

In his era as a heavyweight World Champion fighter and martial artist, Joe Lewis has done it first and done it best. Of the millions of people who have participated in the martial arts since their inception in the United States in 1948, only a few have had a measurable impact with the general public…and Joe Lewis, the retired World Heavyweight Karate Champion from Wilmington is one of them.

Dubbed the “Muhammed Ali of his sport,” Lewis is to Karate what Arnold Schwarzeneger is to body building. Lewis was a World Champion in both Karate and Full Contact style Kickboxing (World Heavyweight Kickboxing Champion, World Heavyweight Karate Champion, and United States National Black Belt Kata Champion.) who’s fighting career spanned 17 years. He won in his era more titles, set more records and instituted more innovations than anyone in the history of Sport Karate.

He began his training in Okinawa studying with three instructors, Eizo Shimabuku, Kinjo Chinsaku and Seiyu Oyata and he also studied with the Bruce Lee. He received his Black Belt in Shorin Ryu and studied several different styles. He never believed in “style”…to him they were all the same…”punching and kicking.” Lewis was a member of the first combat unit in Vietnam, 8th Marine Brigade, 1965. One of the first Americans to teach Hand to Hand Combat in Vietnam working with Division Recon.

Lewis has been inducted into 13 various Halls of Fame to include the Black Belt Hall of Fame as “Fighter of the year” and “Instructor of the year, 1986”. His greatest accolade, however, came in 1983 when in a Karate Illustrated survey of America’s top fighters, he was chosen by his peers as “The Greatest Karate Fighter of All Time.”

In 1984 he turned his talents and energies to a professional teaching career where he has taught as many as 140 seminars in 80 cities in 8 countries (1987) in addition to making personal appearances at tournaments and other martial arts functions and charity benefits. In 1985 American Karate considered Joe Lewis “a Living Legend.”

He began studying for an acting career in 1970 and went on to star in 4 action-adventure films, “Jaguar Lives,” “Force Five,” “Death Cage” and “Mr. X.” He has appeared in several TV series and was the guest on numerous talk shows, such as Joey Bishop, Johnny Carson, Dinah Shore and the Merv Griffin Show.