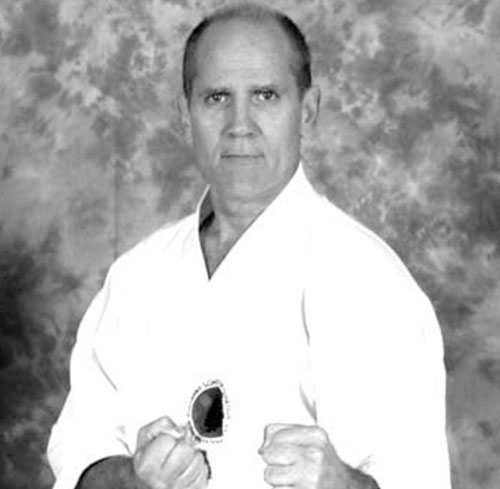 Ridgely Abele (SC) RIPHanshi Ridgely Abele began his martial arts training in 1964 under the direction of Hanshi John Pachivas. In 1971 He was certified to teach Karatedo and Kobudo. In 1982 Grandmaster Robert A. Trias appointed him as Chief Instructor of Shuri-ryu Karatedo. Hanshi Abele was a member of the Inner Council for the International Shuri-Ryu Association. He is the founder of the International Shurite Yudansha-Kai, a worldwide organization of black belts dedicated to the research and development of Karatedo, Ju-Jutsu and Kobudo. He was a graduate of Florida State University and has a Ph.D. in Asian Combative Studies from a Hong Kong University.

Hanshi Abele traveled, trained and taught extensively throughout the United States, Canada, Europe and Asia (Japan, Hong Kong & China), training with the best martial arts instructors in the world. He produced over 300 black belts throughout the world and maintained schools in the United States and Europe. He was elected to the Trias International Society as one of the most spirited fighters in the country. Hanshi Abele was a former Head Coach for the USA Karate Federation and a National Licensed Referee who served as the chief referee for two world championships.

Hanshi Abele had achieved national and international acclaim in the Martial Arts as the winner of regional, national, and international tournaments, including the (USKA) United States Karate Association Nationals, the First Florida Professional Championships, the United States Karate Association Internationals, and the 1983 USKA World Championships. He placed second in both fighting and forms in the 1984 USKA World Championships and was the 1985 USKA World Kata Champion. Hanshi Abele was inducted into the “Living Legends” as a pioneer.