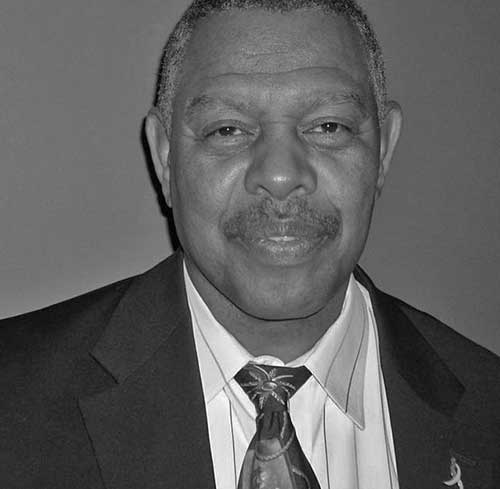 1997 – Inducted into the Battle of Atlanta Southeast Hall of Fame.

Master’s Degree in Law and Economics, Captain in the Korean Army

“Zanshin Kai” is the name given to karate as practiced by James McKoy, Lawrence C. McSwain, and their students. This type of karate grew out of the North Carolina A&T State University Karate Club of Greensboro, North Carolina.
The A&T karate club was founded in 1965 by Robert J. Wagoner. Sensei Wagoner received his karate training (Goju Ryu) while he was in the U.S. Navy. Sensei Wagoner had earned a Brown Belt before entering A&T College, as it was known in 1965. Sensei Wagoner was promoted to Black Belt in 1967 by Master Robert A. Trias and Master Hulon L. Willis.

Charles E.K. Matthews, who was the North Carolina U.S.K.A. state representative, and Sensei Willis assisted the A&T karate club between the years of 1965 and 1972 with their expertise and knowledge. The regular teaching and training was completed by the “Head Instructors” of the karate club from year to year.

Sensei Wagoner graduated in 1967 with a degree in English and left for the University of North Carolina at Chapel Hill, where he earned a Master’s Degree in Journalism. Edwin Simmons and James McKoy were appointed by Sensei Wagoner as co-head instructors of the A&T Karate Club. Sensei Simmons withdrew from the University around the end of of 1967, and Sensei McKoy became the head instructor. Sensei McKoy was the head instructor during the school year September of 1967-June of 1968 and September of 1968- June of 1969. Sensei McKoy studied Taekwondo under Henry Cho in New York City during the summers of 67 and 68. He earned a Brown Belt under Master Cho. In 1969 Master Trias, Willis and James Radcliffe (Virginia State Representative for the U.S.K.A.) promoted Sensei McKoy to Black Belt. Sensei McKoy was ranked in the U.S.K.A.’s National Tournament Points’ standings as number five in sparring, and number four in forms (kata) competition at the time of his promotion. His promotion came right after he placed third in sparring and second in forms competition at the Virginia State USKA Open Karate Tournament.

In August of 1969 Sensei McKoy chose not to have co-instructors and appointed Lawrence C. McSwain “Head Instructor”. Ronald McNair the other senior Brown Belt had to wait until Sensei McSwain graduated to become the Head Instructor of the A&T Karate Club.

Some students from the karate programs that are known to the sport karate community: